What’s in a Name?

It’s safe to say that we are settled! Three weeks ago today, we were still conducting business across the street and it’s amazing to think of how much we accomplished in such a short period of time. I have done very little writing about our transition over to the new store front, mainly because we’ve just been too busy to put down in words what has been taking place, not for lack of material.

One of the most exciting opportunities coming out of our move was the ability to have ownership over the store front! 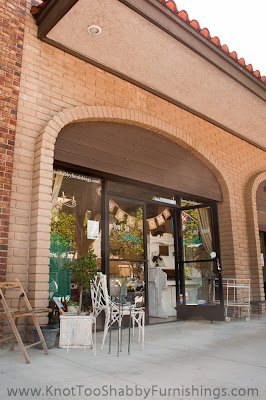 At our old place on the East side of the street, I never did anything with the outside…didn’t even put up a real sign. It felt very “commercial.” If I had gotten a sign, it would have been big, yellow block letters to match all of the other signage on the building. And, it was over $1,000 for a sign that spoke nothing of “us.” 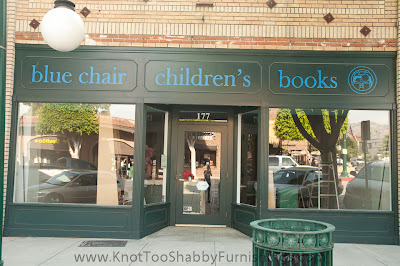 On the West side of the street in our new store front, we were given creative license to change the facing for our signage! We had discussed keeping the original color, but re-painting the store name and matching the exact shade of green would have been difficult. We also decided that we needed to move wholly away from the blue chair branding…from inside out. Not because we didn’t like it. But, when you move into a store, that was embraced and loved by a whole community, it really felt important to make everything about their place…ours.

We talked about painting the outside Florence*. I know. Risky. Bright. Like, glow in the dark bright. I was driving home from vacation on the Wednesday of the moving week thinking about it the whole way. I had basically given up on the idea of Florence, but when I pulled up to the store, Macy had her paintbrush out and had the entire bottom half already painted. We were committed. And, to be honest, I loved it. 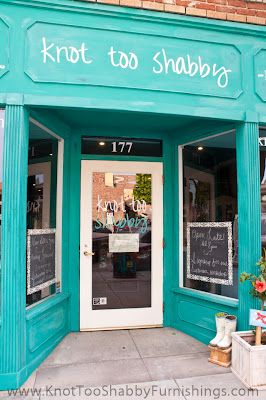 Florence is our “us” color. It has always been the color of the “shabby” part of our logo. Of the dresser in our picture logo. Of the t-shirts we sometimes wear to the store. Of the blouses we all wore to the holiday stroll last year. 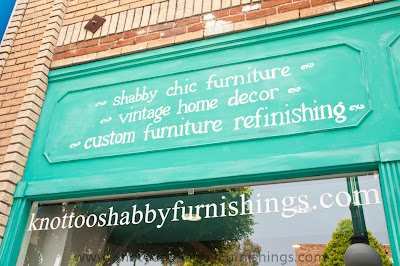 I also wanted to embrace all of the square footage on the outside of the building. In six bullet points, anyone who walks by, drives by or sees a picture should know what we love and do. 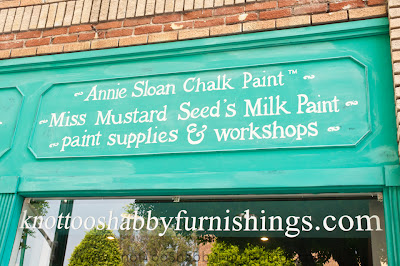 I could have painted the lettering myself on the top. But, that is in the category of those aggravating projects that I hate working on…like making wood signs and pennant banners. I can do them. I just don’t enjoy it. So, I enlisted the superior skills of resident artist Theresa Jansen and asked her to put our message on top. My only direction was, it doesn’t have to be perfect. If I wanted perfect lettering, I would have ordered outdoor vinyl stick-ons. I want it to look hand painted. 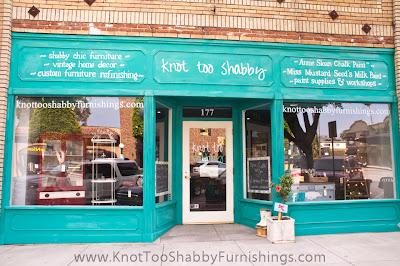 We painted the door white so it popped off all of the Florence on the outside! And, the glorious expanse of windows allowed for a small painted chalkboard to be used as messages and Store Hours without blocking anything from view. 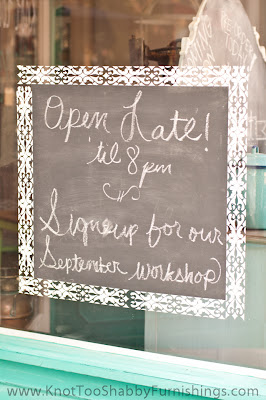 Hindsight is 20/20. I probably lost a lot of potential business across the street because I never had my name posted on the outside. Now that our personality is revealed on the storefront and our message is clearly posted, I feel that we have a lot more first time visitors checking us out.

Not to mention that the look on the outside screams the personality of our store! And, in case you are wondering, you can sure as heck bet we even distressed the wood framework so some of that original, rich green still peeks through!

*For those Annie Sloan Chalk Paint buffs, here’s a few notes about painting outdoors! The outside took less than two quarts of paint in a single coat application. We DID NOT wax. After the paint has cured entirely (in about two to four weeks), it should be fairly weather resistant. Time will tell, but the distressing on the outside will lend to any further weathering or chipping.

Even the lettering on the sign is painted in Old White and the chalkboard on the window is also painted with Graphite. It is the recommended 3 coats of paint and cleans nicely with a damp cloth.