I posted earlier this week about my trip  back East. Among our activities was a visit to Fort McHenry in Baltimore, Maryland. 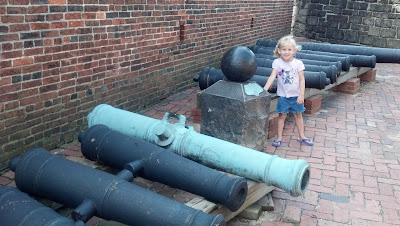 A small historical site, Fort McHenry sits on the waterfront in the harbor. It’s been preserved as a National site because of its significance during the War of 1812, and most importantly because it is the site where the 30 foot x 43 foot 15 star flag flew that inspired Frances Scott Keyes The Star Spangled Banner. 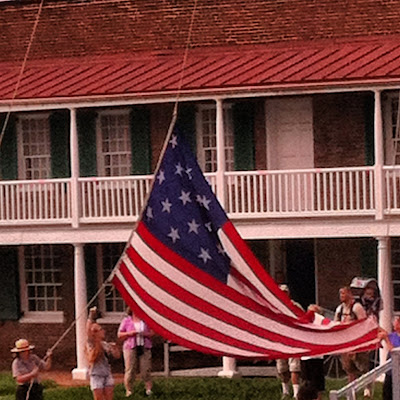 While we were there, I was able to purchase a replica of the Star Spangled Banner flag…actually, my mom bought it for me. 🙂 With the purchase, the Park Ranger at Fort McHenry flew it on the flagpole in the fort.

I thought that was really cool…a little cheesy…but what a great gimmick. 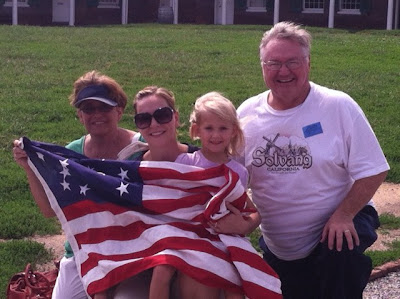 So my fifteen start and fifteen striped American Flag flew in the breeze over the Baltimore Harbor in beautiful Fort McHenry. I even have a certificate of authenticity to prove it!

Now, it flies outside knot too shabby. Until I take it home and put it outside my house. 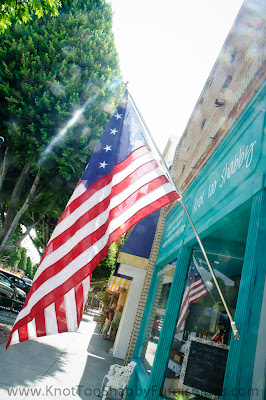