Annie Sloan in a Paint Sprayer, Vaseline Distressing, A 12-Minute Paint Job and a Dresser With the Chicken Pox 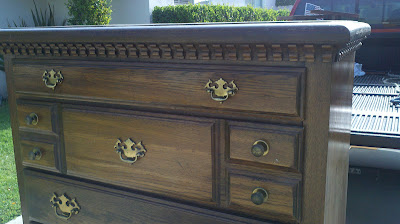 This was the dresser! It was a BEAST! I DID NOT want to paint it. So, I sprayed it.

It’s my first time using my paint sprayer with Annie Sloan paint and I was eager to see the results. I chose Aubusson Blue for this piece for no other reason than it was the only can of Annie Sloan I had at home.

I watered down the paint quite a bit so that I would feed through the sprayer nicely.

BUT…before I sprayed it, I was itching to try a technique that I’ve read about. 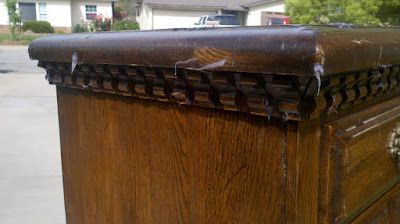 I slapped Vaseline all over where I wanted it to look distressed. There was really no rhyme or reason to where I put the Vaseline. I just dabbed it all over. 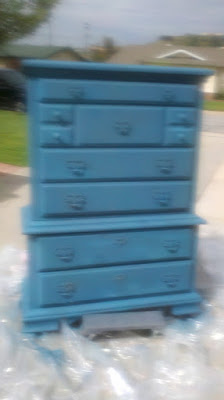 12 minutes later, I had a fully painted dresser and Vaseline all over my camera lens. Seriously, it only took 12 minutes to paint the BEAST!

Now the fun part. Let’s see how it looks when I wipe off the Vaseline!

IT LOOKED TERRIBLE! I MEAN….LAUGHABLE!

That’s all I could do when I was wiping off the Vaseline…laugh at myself. 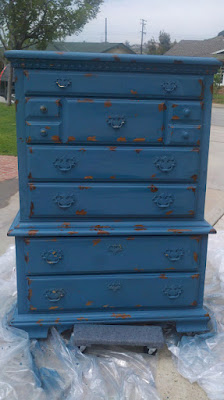 It has the chicken pox!

There are really no rules about distressing…EXCEPT TO NEVER MAKE YOUR DISTRESSING LOOK LIKE THIS!

The error in my technique was dabbing the Vaseline rather than using a pattern that looked more natural. I’ll be trying this again…with a smaller piece of furniture. 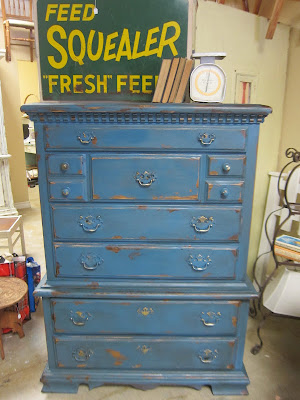 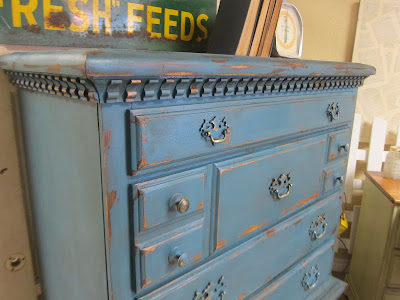 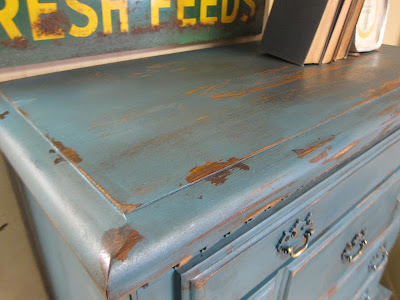 I dropped off this dresser Wednesday night after we closed, set it up on Thursday and it sold on Friday!

If you’re wondering how the paint sprayer worked with ASCP…like a dream! I sprayed a table and two chairs the same day I did this dresser and was able to get all four pieces painted in less than an hour. When time is money, that is a good investment!