Since I have a store, I can be “themey” with my furniture. Plus, having a variety of the same type of pieces allows me to exercise some more creativity than normal.

Take for instance, the fact that I have four large china cabinets right now! I’ve painted three of the four. One is a very traditional old white with a pop of Aubusson/Paris Grey mix on the inside. The other is a richer French Linen with Duck Egg on the inside and in the detail work. And, this one I took more creative liberties to spruce it up in anticipation of the Olympics! 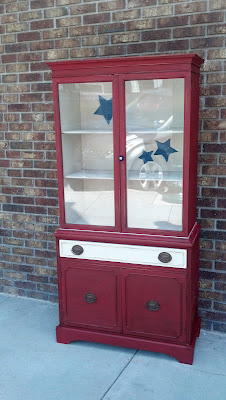 Solid mahogany china cabinet from the mid 30’s or early 1940’s with a lot of problems. 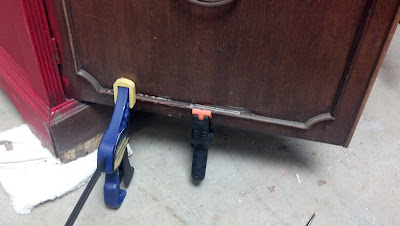 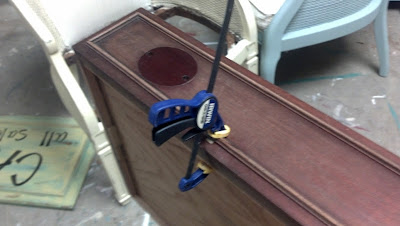 The detailing on the drawer and door face was broken and cracked. But that wasn’t the worst of it. 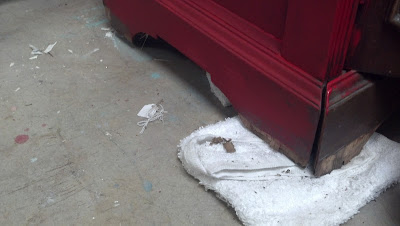 The bottom was completely dry-rotted and we needed to add about 2 inches of padding just to get it to stand somewhat straight.
I asked my dad if he could fix it. I was thinking just slap some new molding around it and call it a day. He had something different in mind. 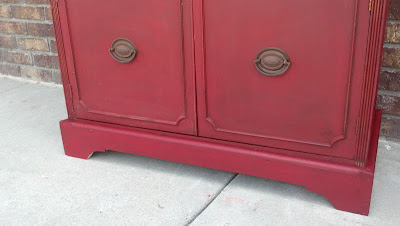 ﻿I’m not gonna lie. I was pretty impressed. He reconstructed the entire frame with the same classic detail of the original! Now it stands level and won’t crumble from the bottom up! 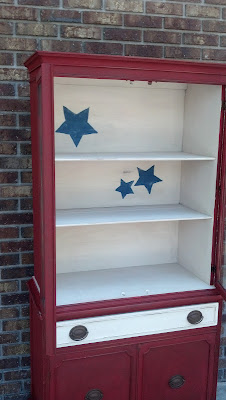 The outside is painted in Emperors Silk with a dark wax glaze. 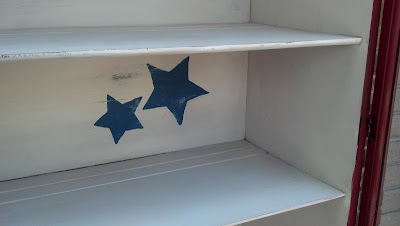 The inside is Old White with the same dark wax glaze and I painted the starts Napoleonic Blue. 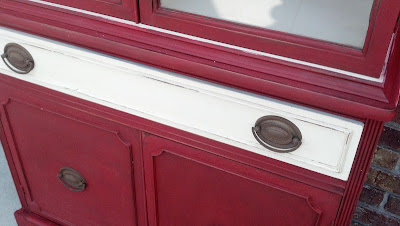 I left the original hardware on the bottom half, rust and all. 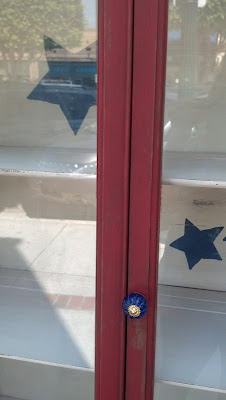 And, for the top a bright blue glass knob with a hint of Gold…you know…for the Olympics…gold medal…red, white and blue. Overkill?
So, here’s to the Opening Ceremonies and Olympic Games!
Let’s go, USA!