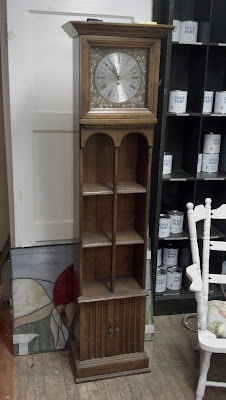 My mom and dad picked this clock last summer. It was in nice shape, so I opted to try and sell it “as-is.” But it sat so I finally decided to slap some paint on it. 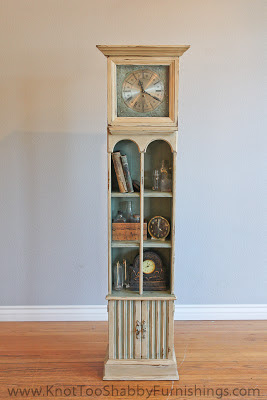 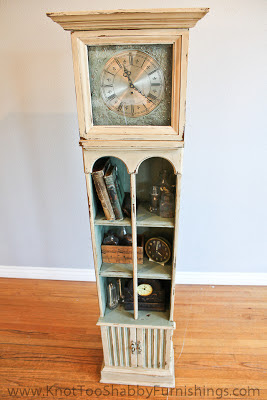 I even painted the face of the clock and distressed it so that some of the gold peeks through the duck egg. 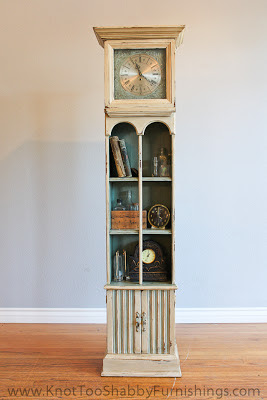 I like that it can function as a cute little display cabinet as well as a clock. So practical. 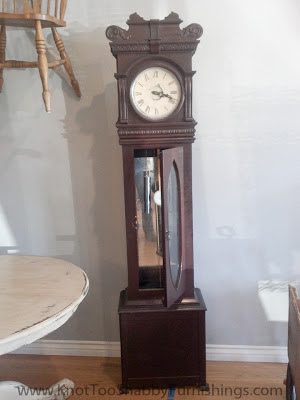 A more traditional grandfather clock with weights that one of my friends dad’s gave to me. I was told it is over 100 years old. I didn’t feel too bad about painting it though, because the funky brown color was layers of dark brown paint. It was pretty gnarly. 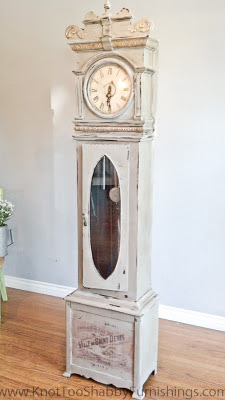 We chose Annie Sloan Chalk Paint® in Paris Grey as the base color with some gold gilding to accent the details of the clock. I used this piece as an opportunity to show Sabrina and Maddie (two of our most awesome interns) how to do gilding. 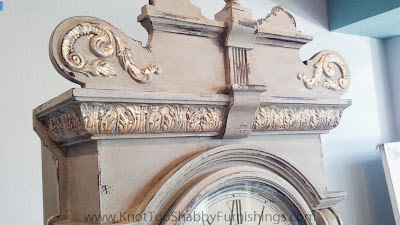 The gold leaf adds a bit of glam! 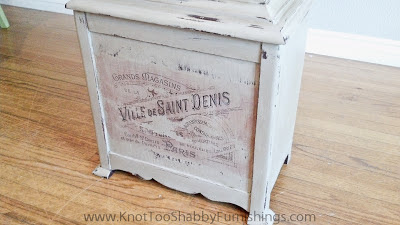 The plain front on the bottom was ideal for a transfer. 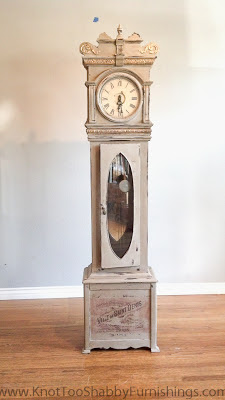 So, there you have it. Two clocks in two days. Some image transfer, two tone paint work and gold gilding!