We are at the final stages of the girls bedroom redo. It was my major “to-do” for the month of March. And, with just five days to spare, I can cross it off the list.

This last weekend, my husband said he would help me put up the final touch…the cherry on top…the chandelier. 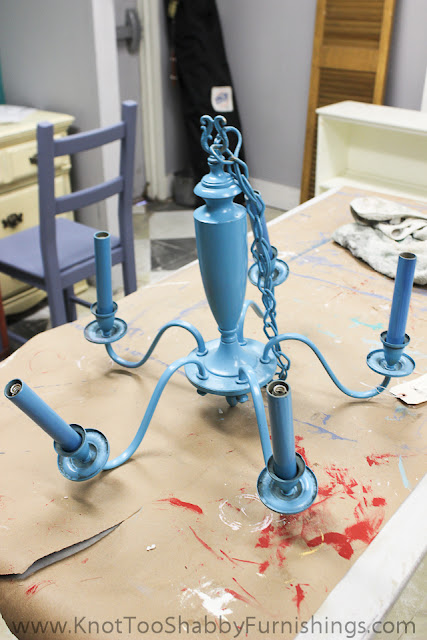 I pulled this chandelier from the store. The teal matched all of the blues in the room and since I’ve had it for near forever, I opted to keep it.

Problem: This chandelier didn’t have a canopy. Not a seemingly big problem, except that I couldn’t find one at the hardware store with a hole in the center large enough for the components to fit. I could have gotten one online, but I’m much too impatient. 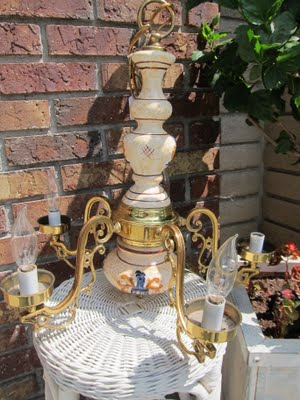 Instead, I pulled this chandelier from the store, complete withe a canopy. 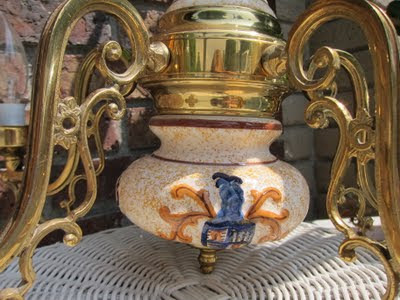 I got this particular chandelier for $3 at a yard sale almost two years ago. I hesitated to make any changes to it because of its history. I was told that it came from the home of Hollywood star, Hedda Hopper in the early 1900’s. I actually wrote an entire blog post about it when I found it.

In the meantime, it has been collecting dust in the shop for months and months. I decided to paint it and take it home (can I pause to mention how limited my photography skills are for this post where I wanted glamour light shots. I have much to learn). 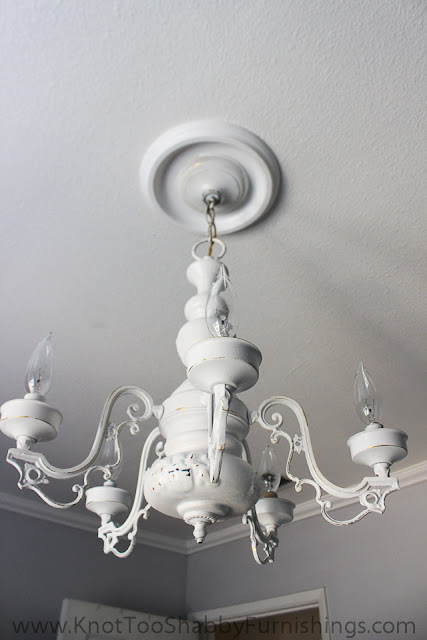 After a major ordeal to hang the darn thing, it is finally up in the girls bedroom and the perfect finishing touch! 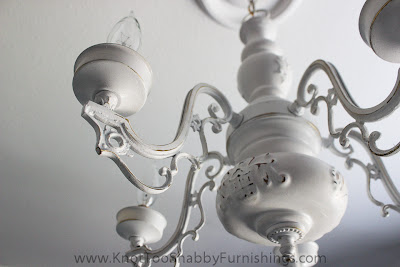 I distressed the brass parts and the painted decorations on the body. 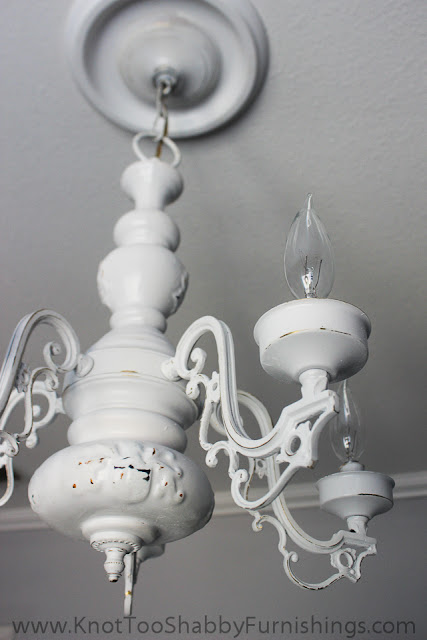 This chandelier actually works so much better than the blue one. 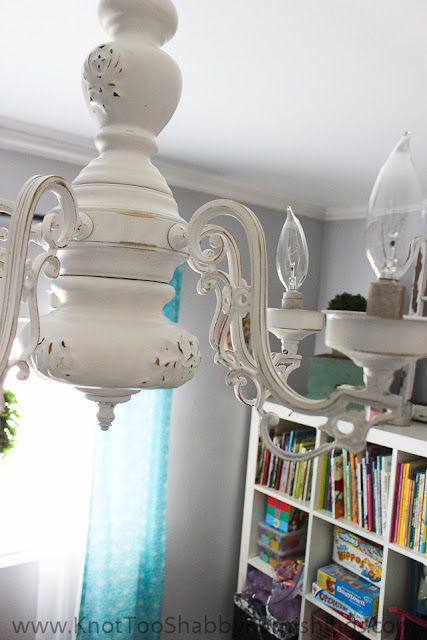 It is much more ornamented than the blue one and perfectly feminine for a little girls room. 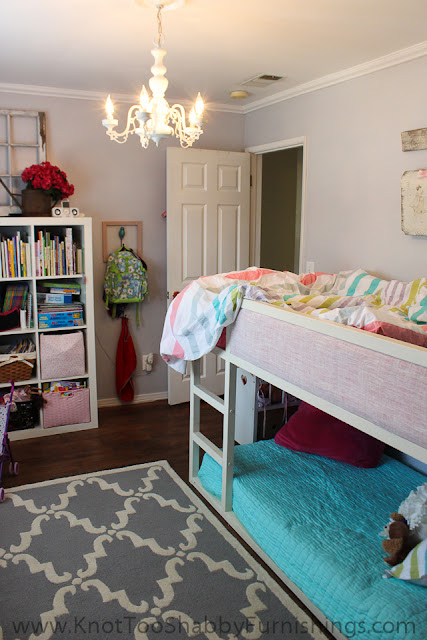 I like the white better, too. I think the blue would’ve been too much, while the white helps to anchor the space.

Later this week, I will have full shots of the finished space and all of the changes we made!