If you love to paint, you probably get bored doing the “same old, same old.” I do. I like to play around with the colors, mix ’em up, fiddle around with the wax…stretch my limits with the possibilities.

One of the things I love about Annie Sloan Chalk Paint® is using the paint to make colored waxes. I don’t do it often, but sometimes just the right piece comes along and colored wax is perfect to set it apart!

Like this side table I painted a year or two ago.

This side table painted in Provence and Antibes with a colored wax using Olive. There was a lot of texture and crackeling from the previous paint job and the colored wax finish made all of those little “problem areas” really pop and look more decorative and intentional. 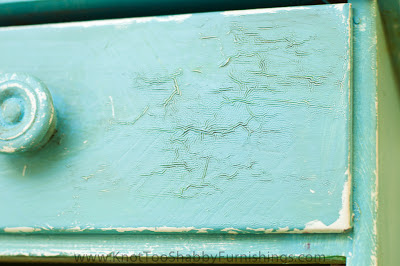 More recently, we (Elena and myself) were playing with the milk paint and I wanted to see how well it worked as a colored wax. 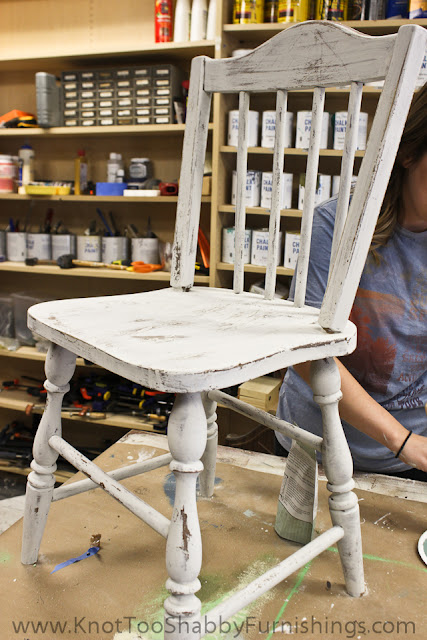 We started with a base coat of Grain Sack on this chair. 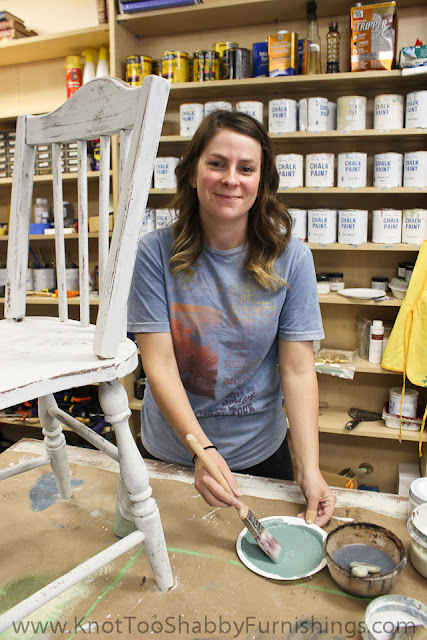 There was just enough Grain Sack left over to slap on a second chair. 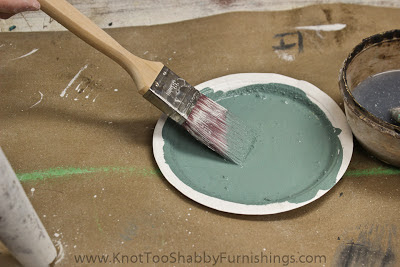 When the chairs were painted, dry and distressed we made two samples of colored wax. The first was using a pasty paint mix. Elena mixed a thick batch of kitchen scale and added it to some beeswax. 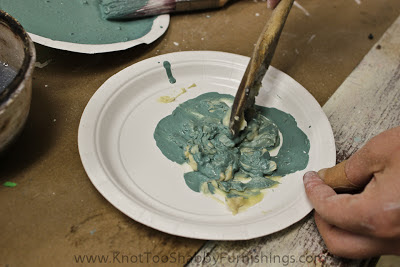 Mixed thoroughly, the kitchen scale simply tints the wax. Then you apply like normal, letting the wax set up for about 10-15 minutes before buffing it off. 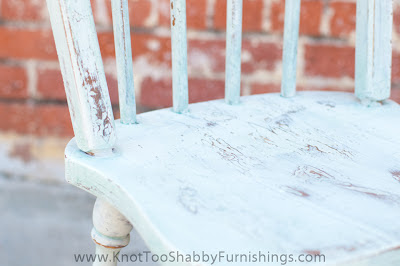 The end result was a toned down Grain Sack with hints of Kitchen Scale throughout. The colored wax settled in the grooves of the chair.

The second batch of colored wax we made was using the milk paint powder as the base. 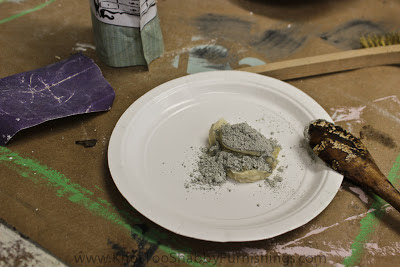 When mixed, it was just colorless grey…the same color as the powder. I didn’t think it was going to work, but we tried it out anyway. 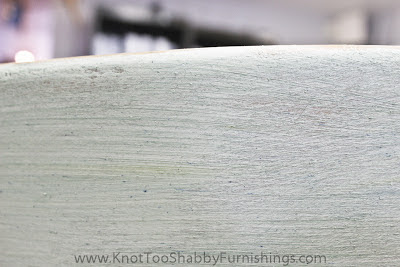 When the wax was brushed on, the color pigments broke up going on with a highly pigmented, marbly look. The blues in the kitchen scale came out, but there were also some yellows and greens. 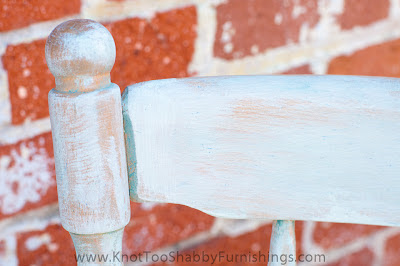 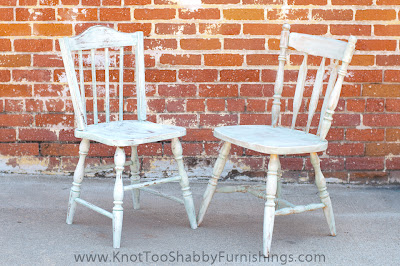 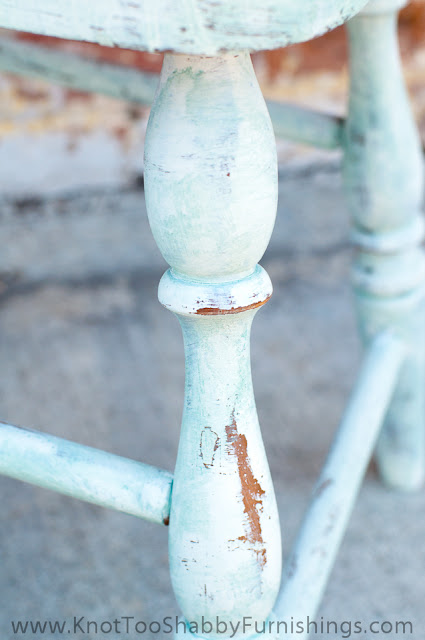 When I mix colored wax in the future, I will use the powdered mix rather than the paint mix just because I like the subtle variation in color throughout the piece. 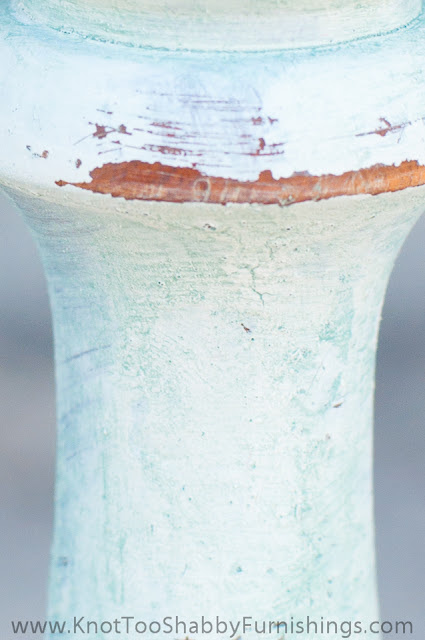 Just add this technique to the list of all the ways you can manipulate paint and get that unique, one-of-a-kind look to your own furniture!